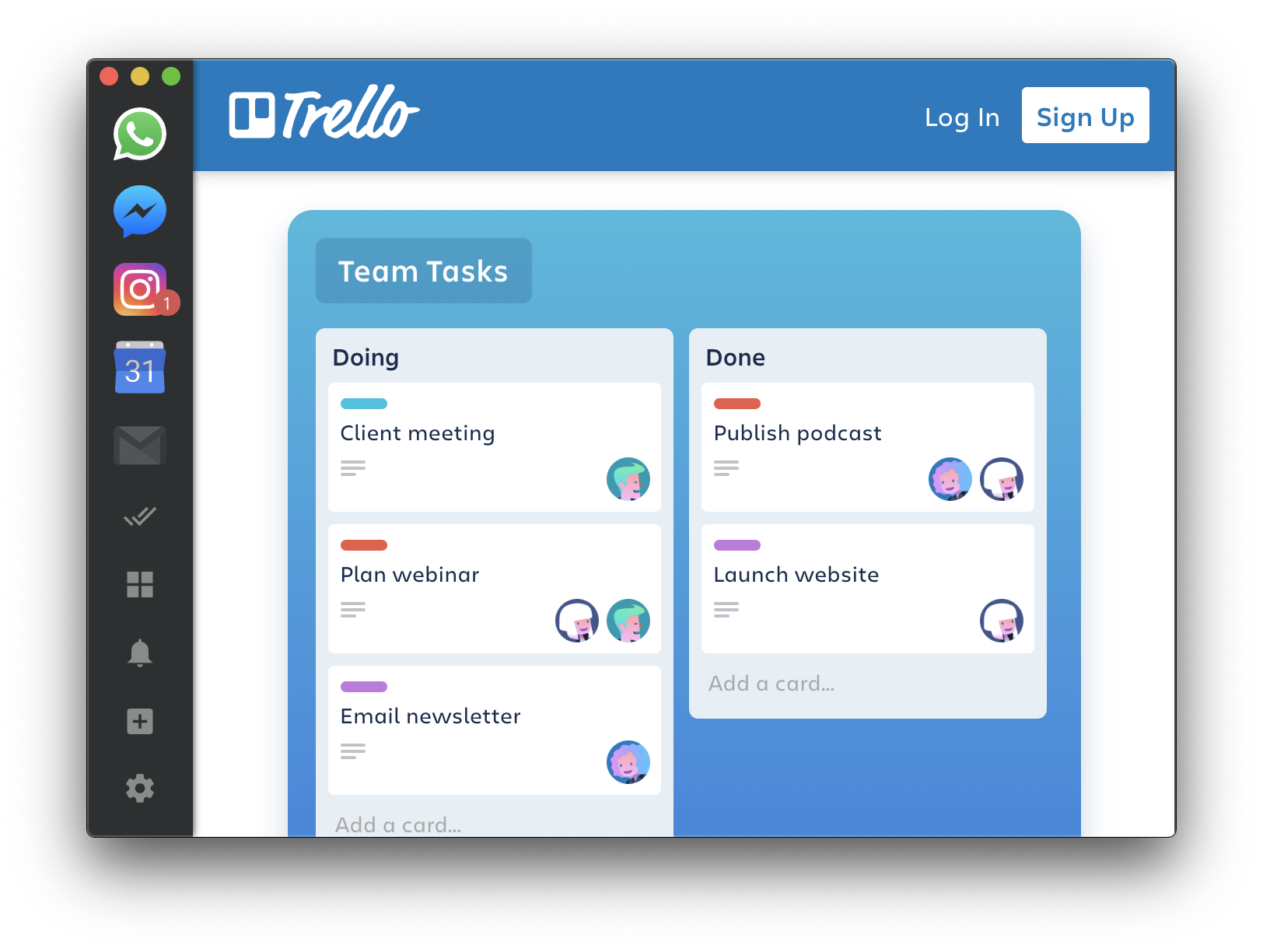 Franz is my go to app for web apps. It’s well integrated to many services, from Trello, to WhatsApp, to Gmail. Rather than keeping tabs open in your browser, or installing a handful of individually tailored Electron memory hogs for each service you use, Franz keeps them all in one place. brew cask install franz 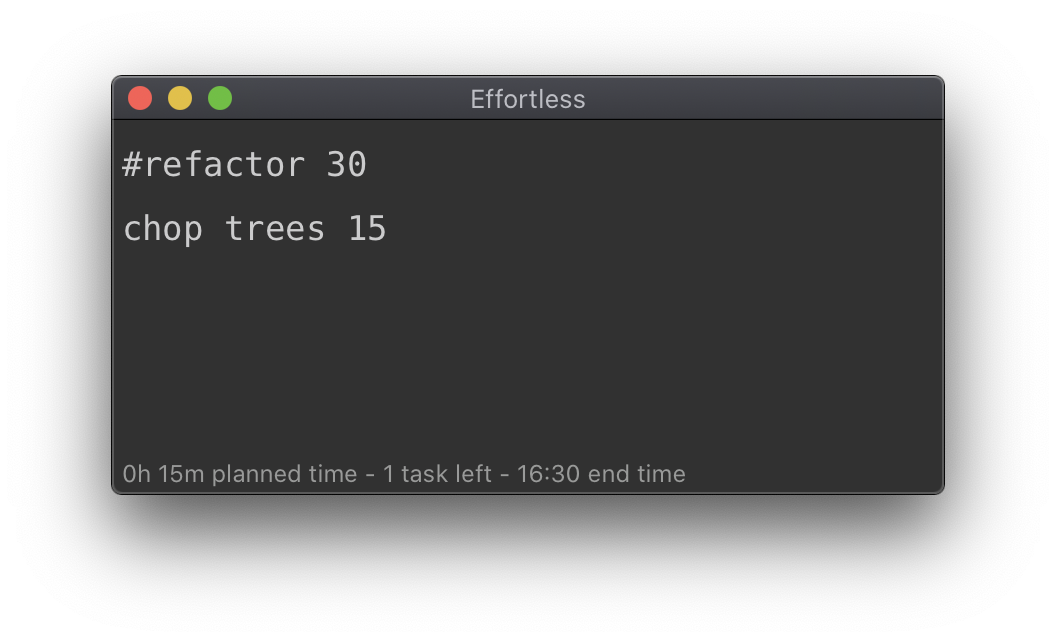 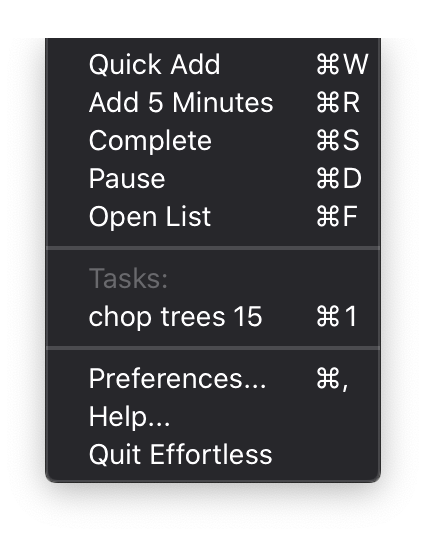 Effortless is my favourite app for managing my current tasks, allowing me to effectively timebox my activities. It’s currently a bit on the pricy side. 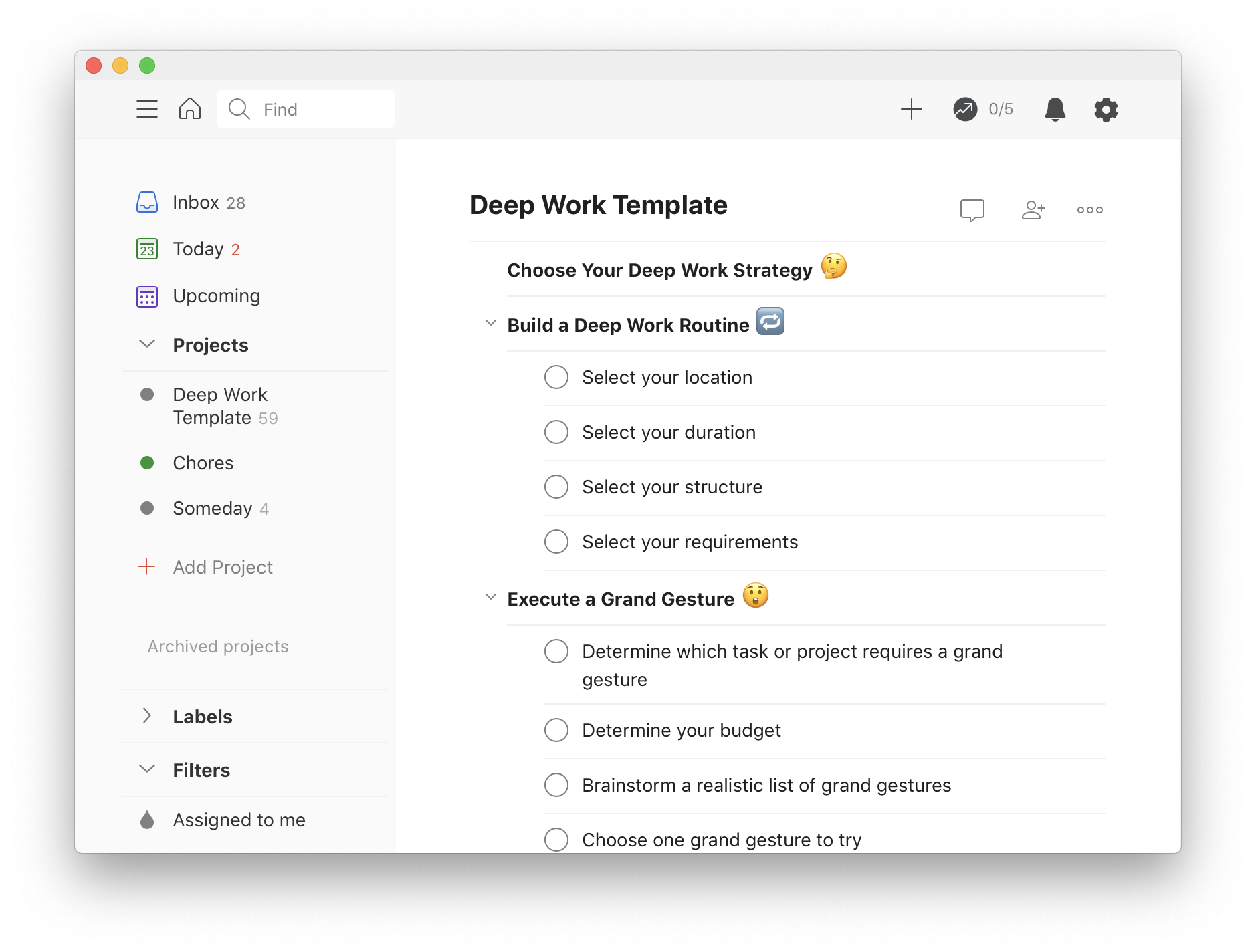 Todoist is the best multiplatform todo list app. If you have an iPhone though, you should look in to Things. 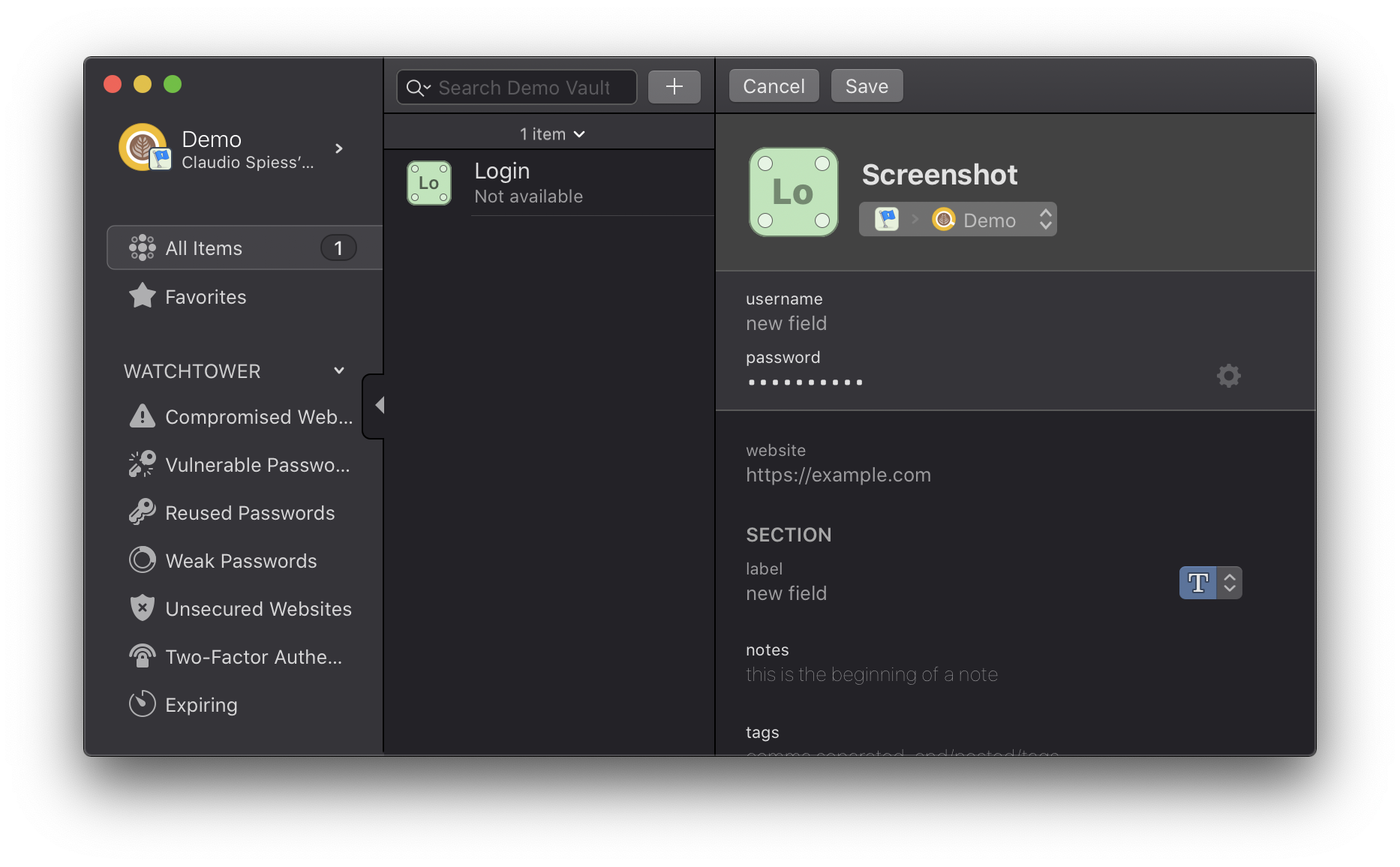 A password manager is essential. 1Password is beautiful and works well across platforms. I think it’s by far the most polished one out there. 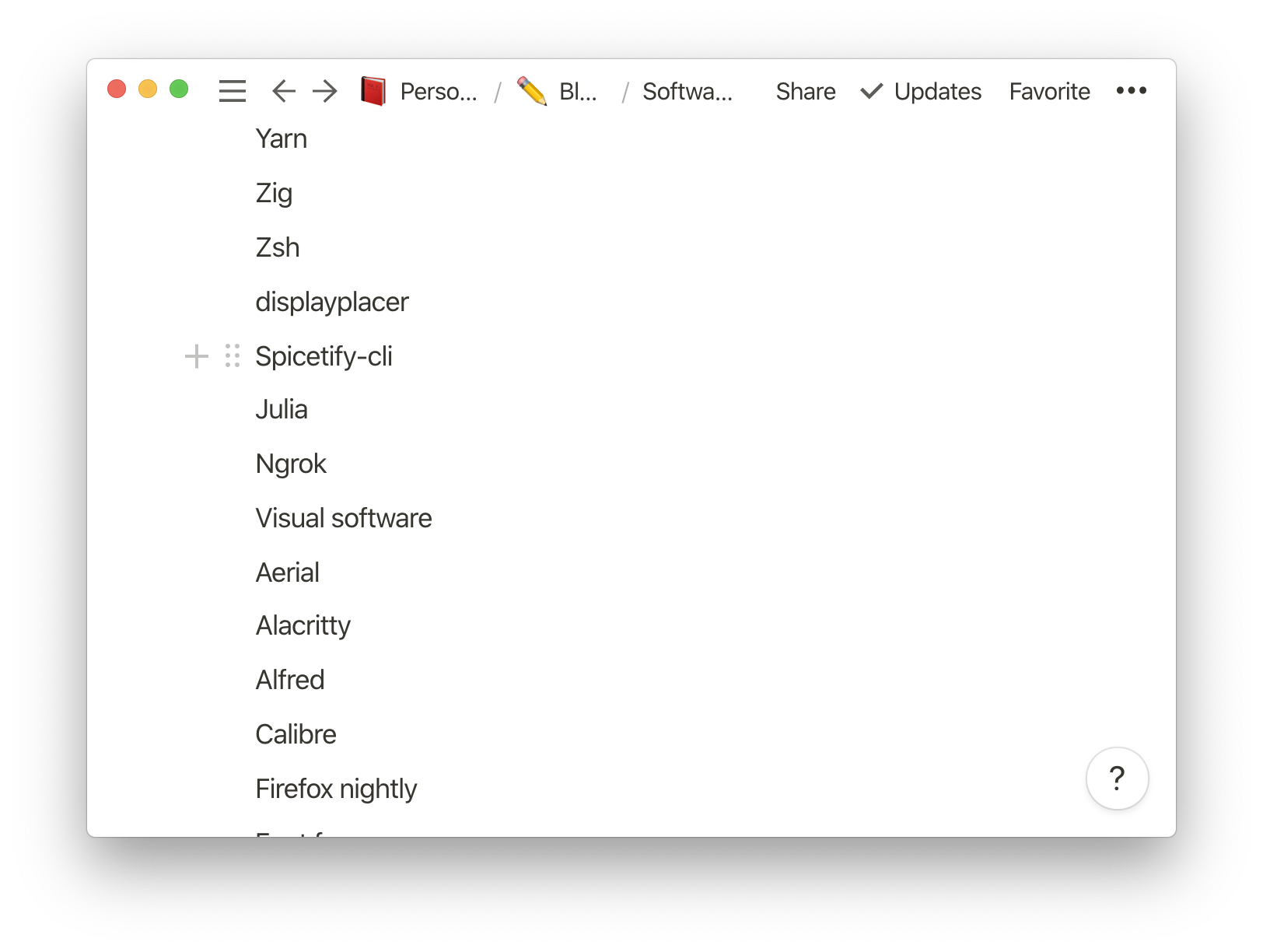 A markdown inspired database that is incredibly powerful due to its extensive block system which supports nesting. It’s hard to explain. brew cask install notion 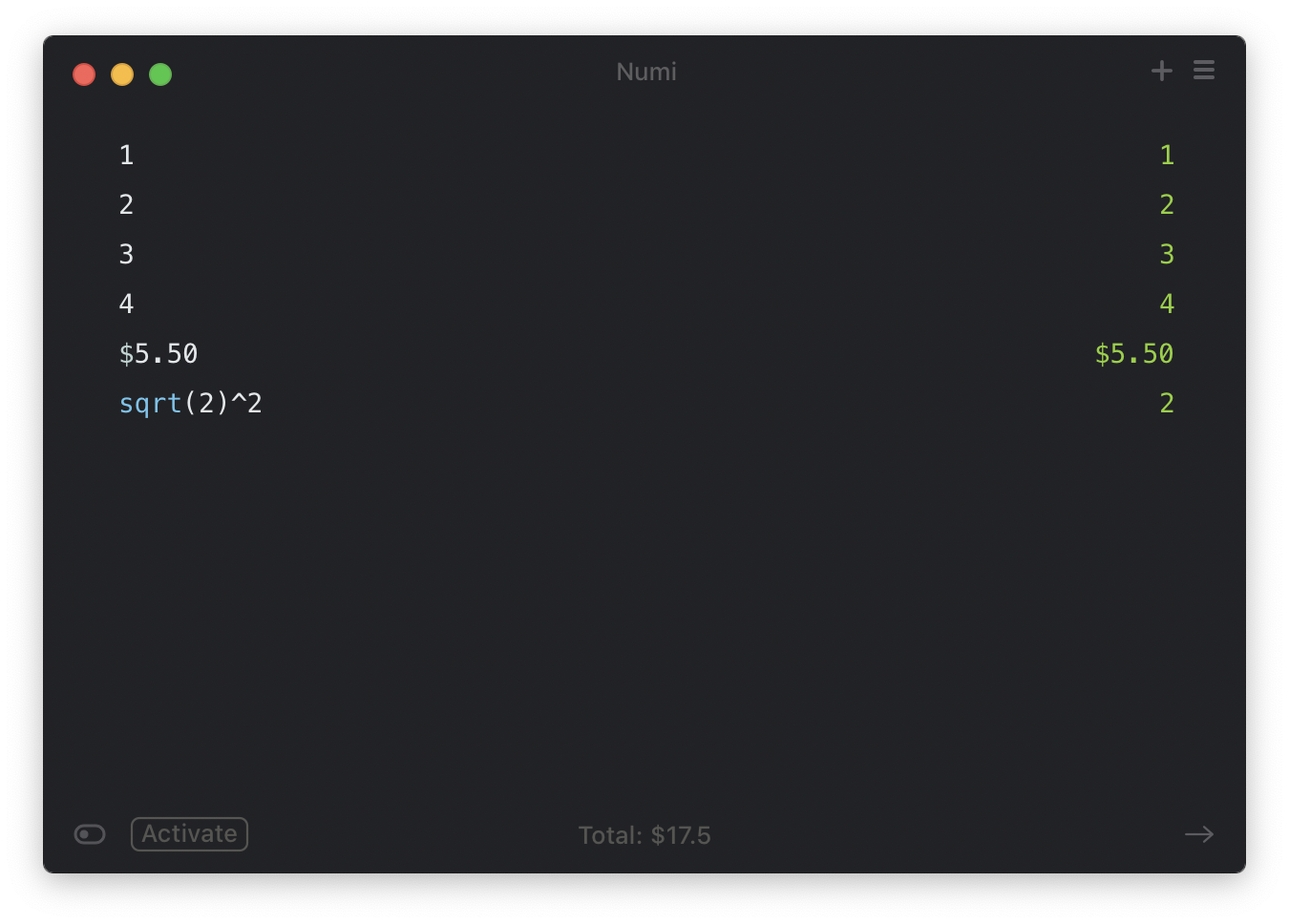 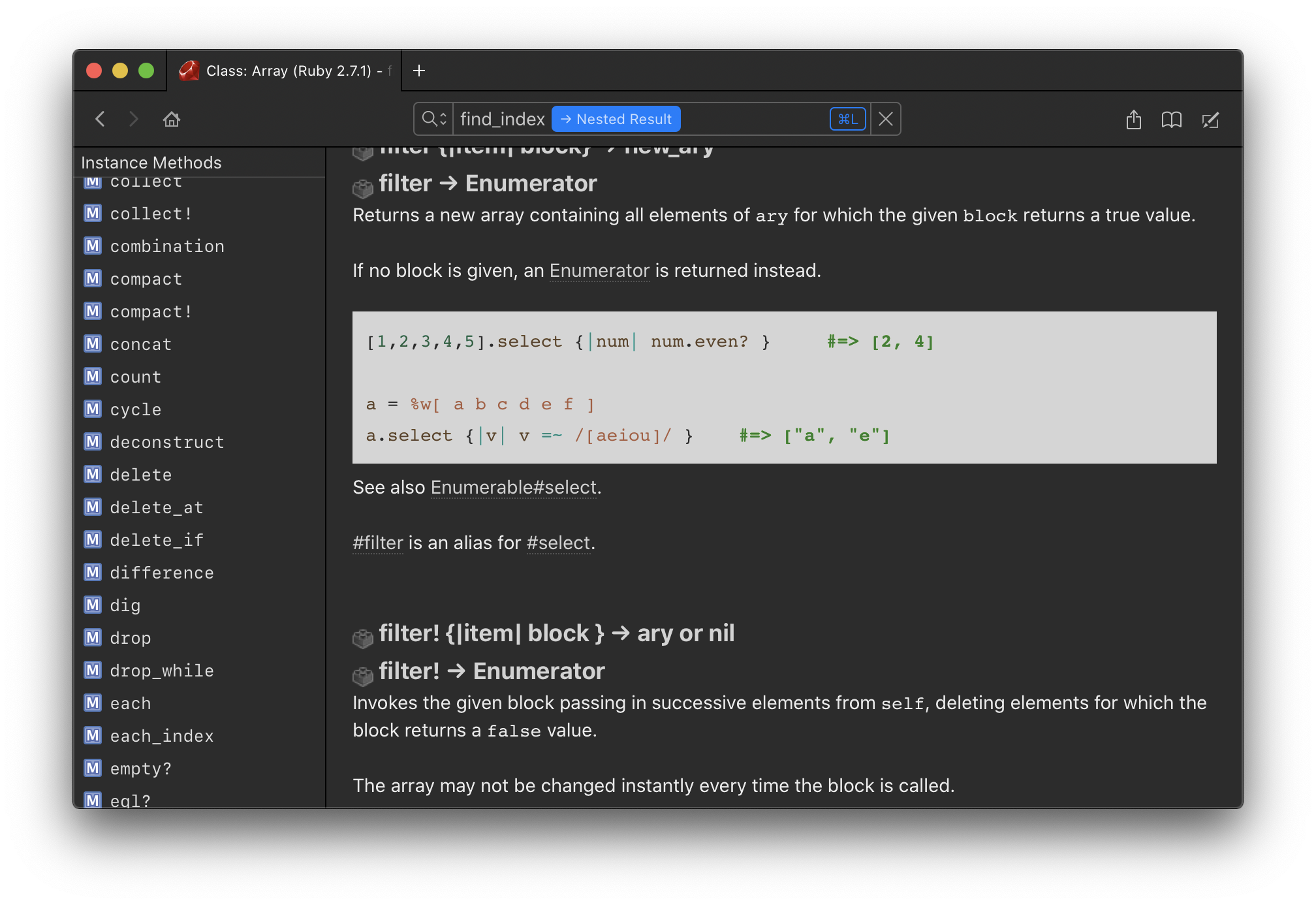 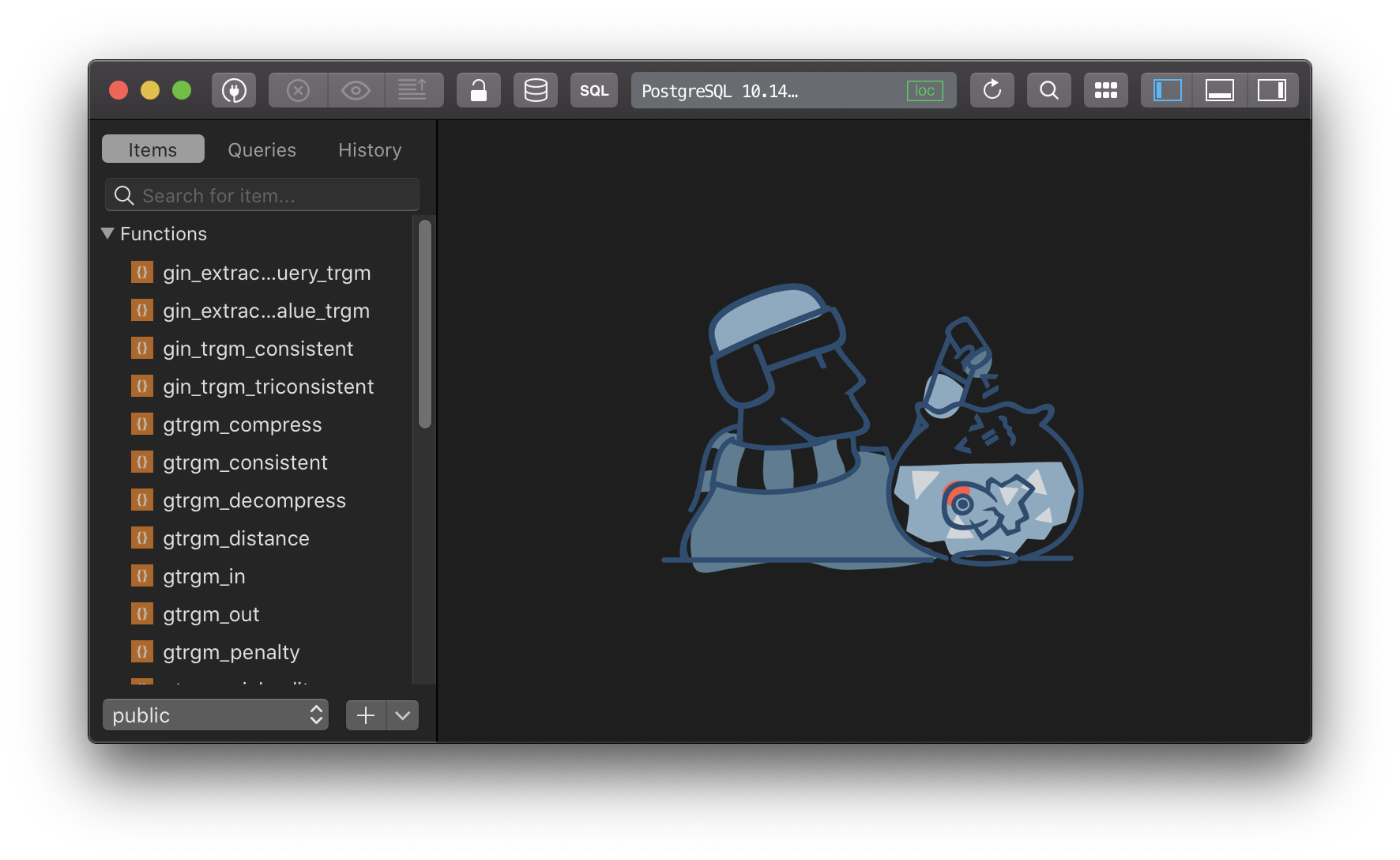 TablePlus is the best database client. It supports many databases and has a beautiful UI. I only use it for Postgres, however. brew cask install tableplus 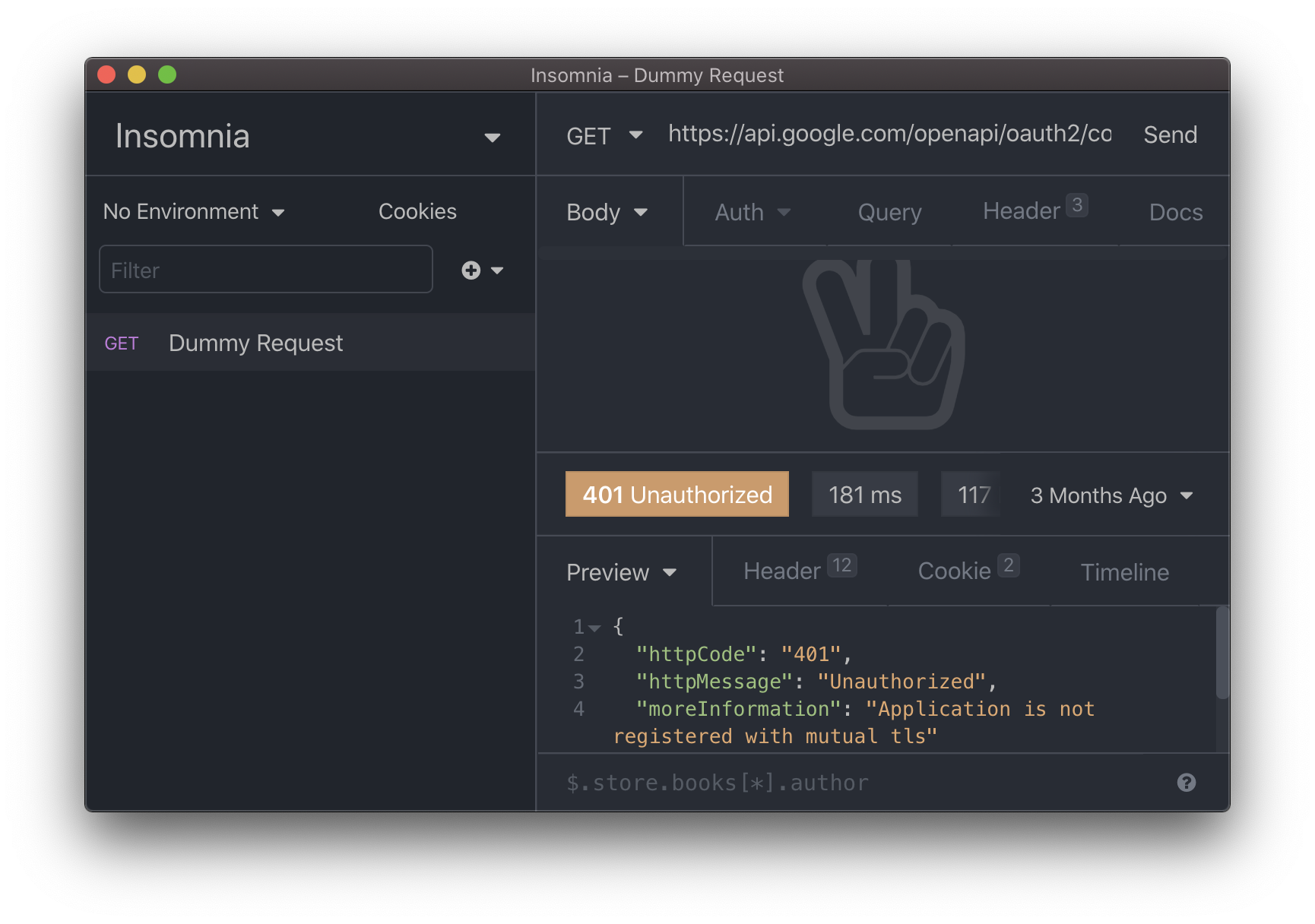 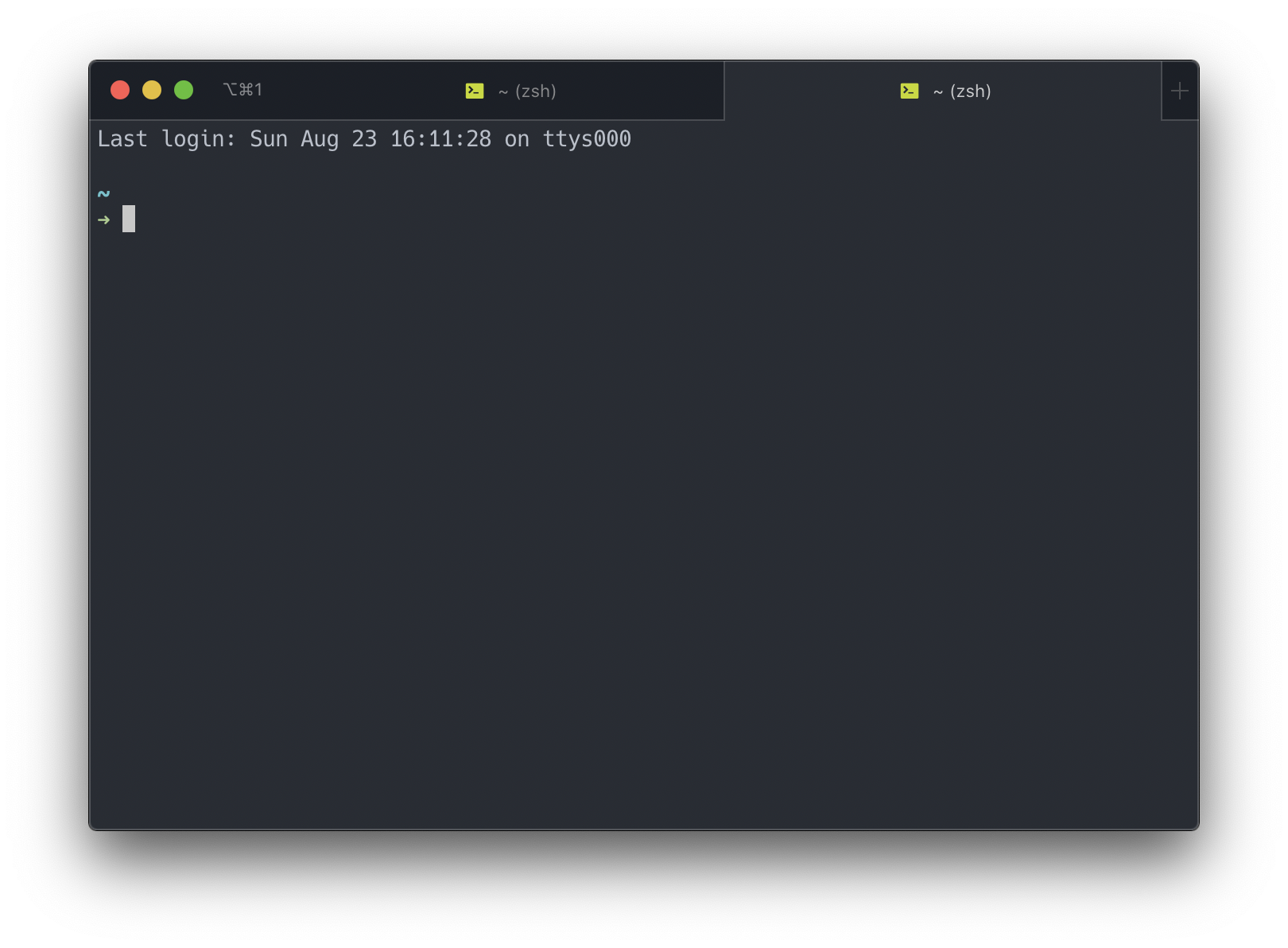 iTerm is a better terminal. It is much more customizable and has GPU rendering. Alacritty is a close second, but is too experimental at this point. brew cask install iterm2 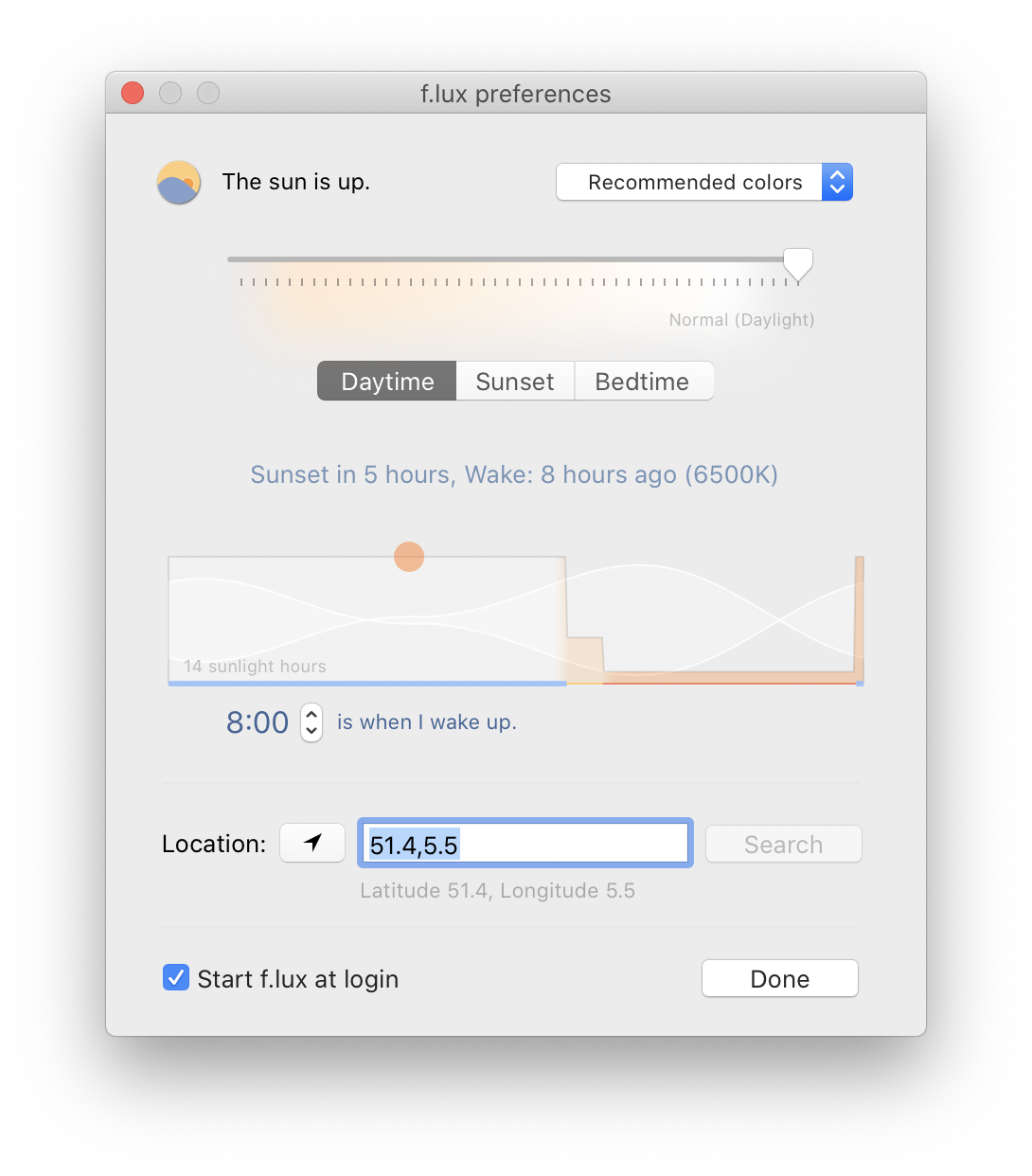 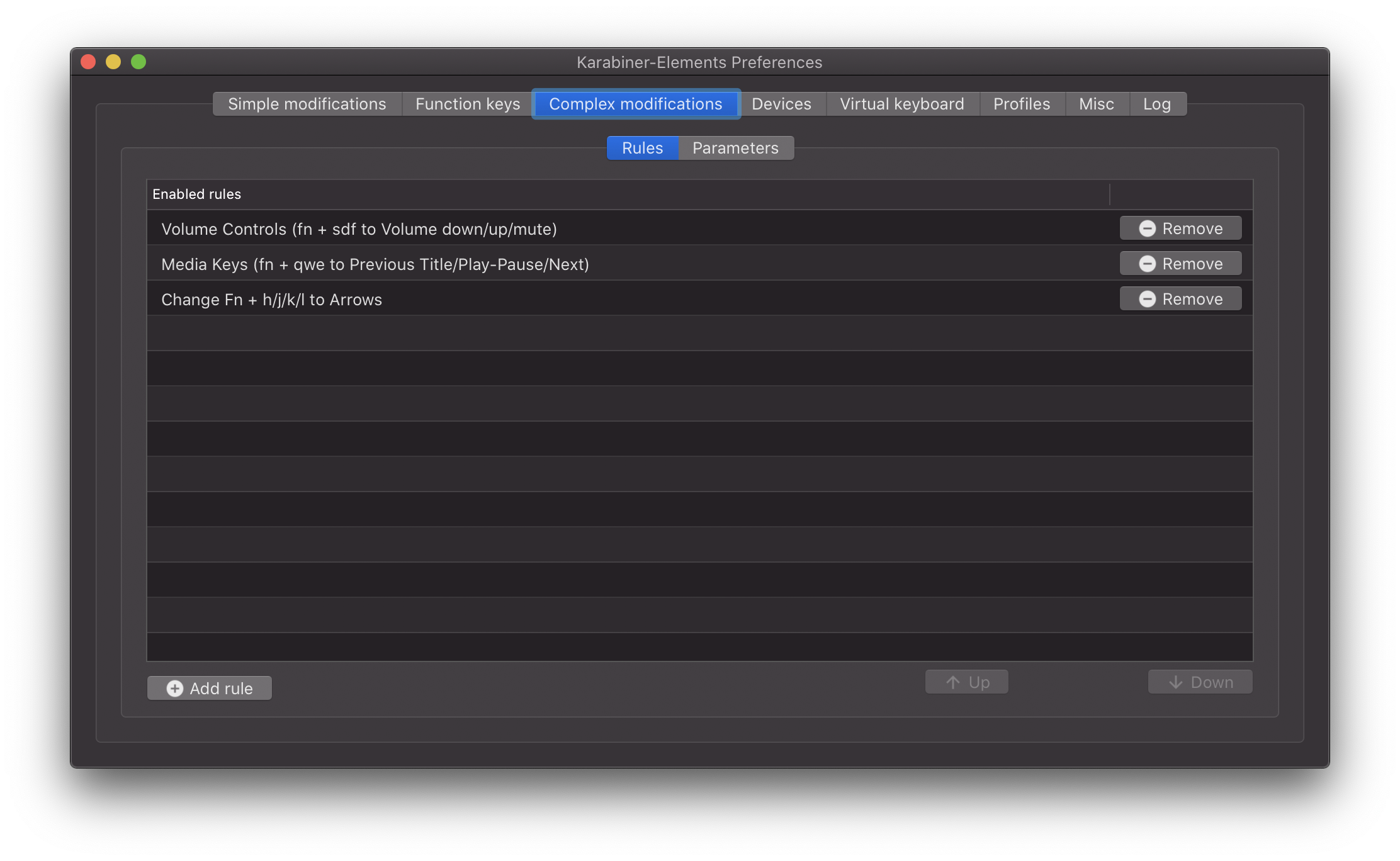 Karabiner Elements will get its own blog post because it is just so powerful. It allows you to remap your keyboard keys. And do so conditionally. With this app, my caps lock key is my function key, and allows me to use VIM keys everywhere, media controls, etc. all within reach of my left hand fingers. It’s also handy to map a key to the Esc key for those with touchbars. brew cask install karabiner-elements

Magnet is a window manager that also supports snap edges/corners. It’s the fancy version of the Spectacle app, which is almost just as a good.

You probably already have your music app of choice. For me, it’s Spotify. 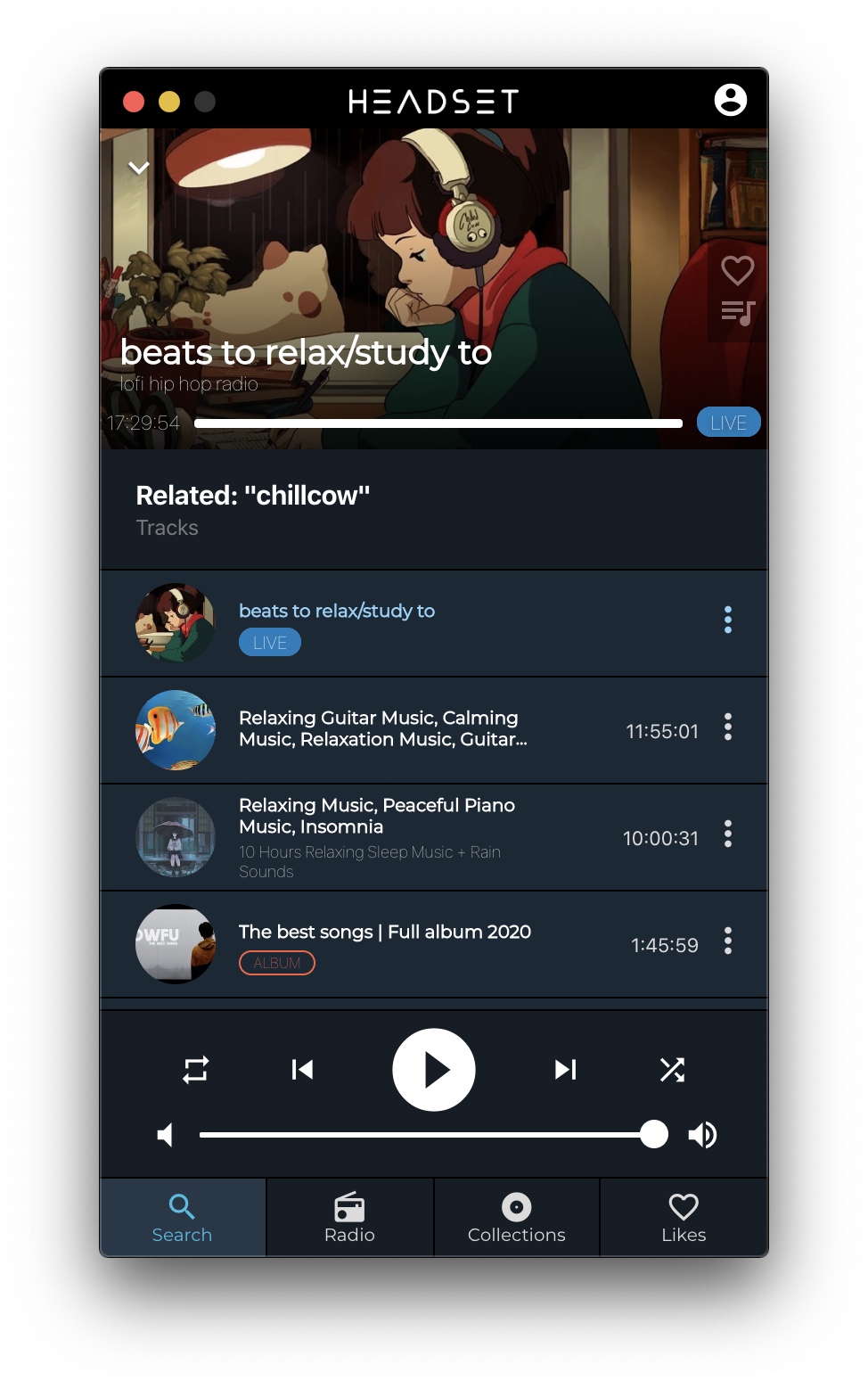 A must have if you listen to YouTube. Essentially Spotify for YouTube, allowing you to create playlists from reddit, reliably control music through media keys, etc. brew cask install headset 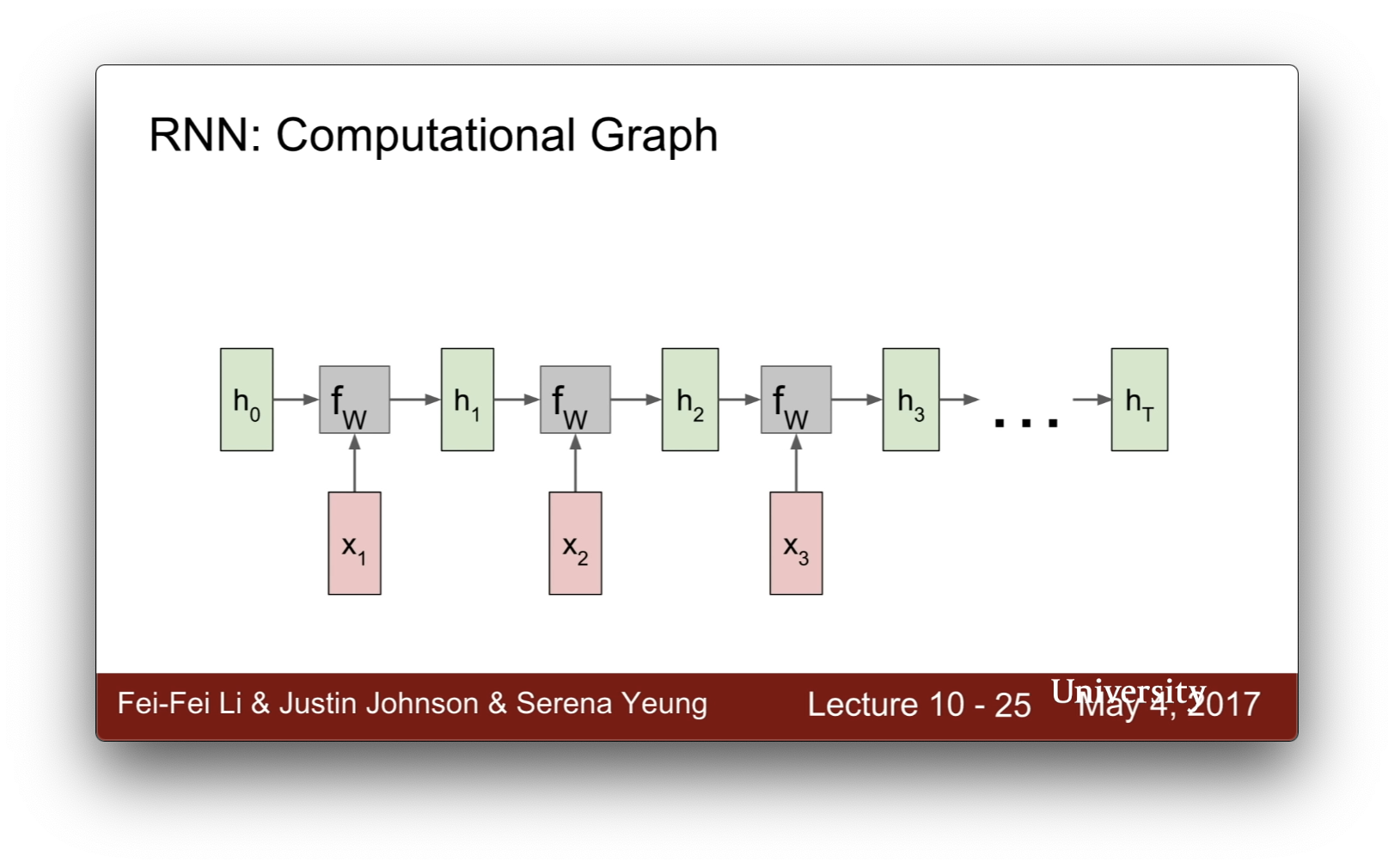 VLC meets QuickTime. IINA is beautiful, has plenty of features such as Picture-In-Picture, and supports many formats, and can even open YouTube videos. brew cask install iina